Eyes of the Buddha 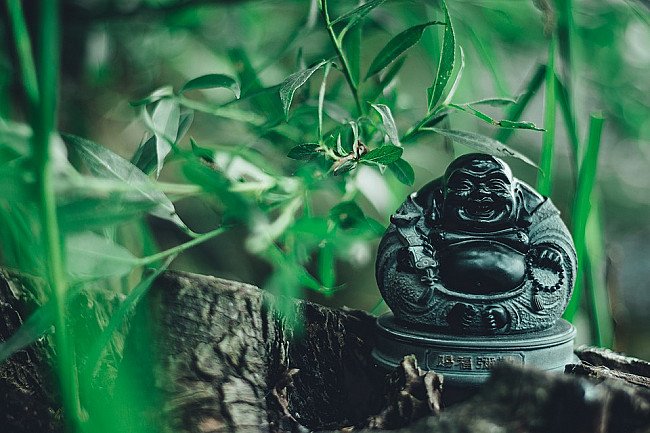 The Buddha, famous all over the world as the light of Asia, has been the symbol of peace, harmony, wisdom and conscience. A prince in his early days, he left the happiness of the palace to look out for the truth and meaning of life. After years of meditation and travelling as an ascetic from places to places, he attained enlightenment or became awakened. He then taught and passed on his knowledge to many followers and helped them know the true meaning of life and the happiness they could get after knowing the right purpose. These teachings later became the basic principles of a religion, Buddhism, which has become one of the largest religions in the world. 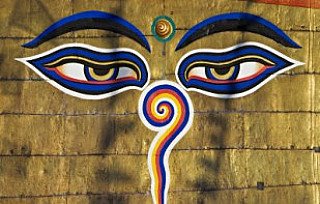 Buddhism spread across the continent of Asia gradually but it adapted the local culture instead of making the locals accept the culture of the home of Buddhism. This is probably one of the main reasons for people to embrace Buddhism with ease. This also helped the Buddhist art to flourish well in these regions. Countries like Burma, China, Japan, Thailand, Nepal, Japan, etc have their own styles and variations of Buddhist arts. Even though they varied in styles, the symbols and meanings of these Buddhist art remained somewhat similar for all of the Buddha statues and Buddha images from these regions. One of such symbols of which the meanings have been the same is the eyes of the Buddha.

Meaning of the eyes

On virtually every Buddha statues, Buddha heads and Buddha stupa (Buddhist shrines) from countries like India, Nepal, Thailand, Burma, China and others, there are pairs of eyes casting down as if in a meditation state, and enriched with a spiritual aura. This style has been a model for various generations of artists while depicting them in various Buddha heads and Buddha images. In Buddhism, there are two kinds of eyes, first the inner eyes or eyes of wisdom, which sees the world of Dhamma, which is also known as the Third eye of the Buddha, while the other is called the outer eyes which is also called as material eyes which sees the outer world. Therefore, it may be seen and understood easily that the eyes in the Buddha statues and Buddha heads are also of two kinds. The material eyes are the two eyes which see the outer world while the inner eyes, or the one which sees the Dhamma is the one in the middle of the two material eyes. This inner eye is also known as the urna.

Eyes of the Stupas

While in stupas, there are giant pairs of eyes looking out from the four sides of the main tower of the stupa. These are also known as Buddha eyes and wisdom eyes. The eyes of the Buddha in the stupa symbolize the all-seeing ability of the Buddha.

Hence, according to Buddhism, we can say that if we are wise, we can see beyond material things. What we then see can is the truth. The world is in a muddle now because people don’t use their eye of Wisdom to see things. People are distracted and deluded by greed, hatred and ignorance. These desires mix them up, or bring them down and then lead us to suffering. People become distressed, depressed, anxious and suffer. These things can be called the darkness of life. Only wisdom will lead the world out of the darkness.