As legend suggests, An Shigao was a prince of Parthia and was also known as Parthian Marquess. He later renounced the royal throne of Parthia with the motive to serve in the Buddha's path. He serves as a Buddhist missionary monk in China. Regarding the prefix in his name, there has been raised many questions and hypotheses about his origin and story. Some believe that the prefix, An is an abbreviation of Anxi. Anxi is the Chinese name which is given to the Parthian Empire ruler of the particular region. 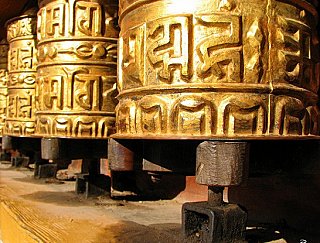 It is unknown about early history but some of the life history after his peregrinations in Southern China has been documented in his biographies in CSZJJ (Chu Sanzang Jiji) and GSZ (Gaoseng Zhuan) which is relegated to the realm of hagiography. Even though his life events are documented large portion of his biography is still unknown and there has been confusion on this matter, like:

Therefore, the unresolved mystery is studied in the academic work of Antonio Forte because he is one of the influential and important people in Buddhism. It is known that An Shigao was the first Buddhist missionary to China. When migrated to China, he first settled at the Han capital of Luoyang in 148 CE. There, he produced a substantial number of translations of Indian Buddhist texts. Henceforth, the much-devoted community of followers was attracted.

It has been recorded that there are more than a dozen of works by An Shigao which includes texts dealing with meditation, Abhidharma, and basic Buddhist doctrines. It is also been recorded that his collections of text don't include any scriptures based on Mahayana traditions but he is referred to as a Bodhisattva in early Chinese sources. The translated version of his works shows that the text was more closely affiliated with the Sarvastivada school.

In learning the works of An Shigao, Erik Zurcher studied the works that were attributed to An Shigao. He used the information provided by later Chinese catalogs and internal stylistic. In this study, he found out that authentic ones are the only sixteen out of the nearly two hundred translations attributed to him by later Chinese catalogs. But Stefano Zacchetti proposed after his recent research that thirteen out of sixteen texts were originally ascribed to An Shigao. Zacchetti also proposed that remaining three texts should be reconsidered. The thirteen texts ascribed to An Shigao as proposed by Zacchetti are as follows:

The remaining three texts are as follows:

Burmese arts in our gallery

Other researchers have shown that there is the number of additional texts that may be attributed to An Shigao. Paul Harrison stressed that An Shigao had translated the previously anonymous collection of samyuktagama sutras, Za ahan jing.

In 1999, Kajiura Susumu discovered two manuscripts in the collection of the Kongoji in Osaka Prefecture, Japan. He presents four unknown works which were based on their apparent antiquity and these texts were assumed to be attributable to An Shigao. Among four texts, three were related to meditation practices while the fourth one appeared to be a record of an oral commentary on topics covered in the preceding texts. The text based on meditation practices were mindfulness of breathing and twelve gates.